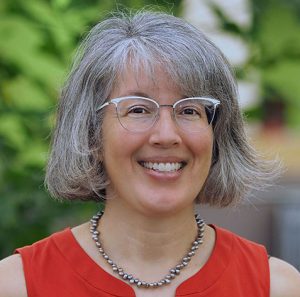 Dr. Sheila Hemami has over 25 years of experience in identifying the right problem, the right question, and the right approach to elevate the operational level of an entire community.

Most recently, she has led projects focused on providing medical care for underserved populations, and on addressing large-scale environmental challenges with a particular focus on water and the oceans.

She currently heads East Coast operations and directs the environmental and sustainability innovation and investment portfolios at Triple Ring Technologies (Boston and Silicon Valley), with a special emphasis on developing cross-sector participation early in solution definition. Prior to joining Triple Ring, Dr. Hemami was with the Charles Stark Draper Laboratory in Cambridge, MA. While at Draper, she created and led the Global Challenges Initiative, an entirely new business unit solving environmental and humanitarian technical challenges in an organization with no prior significant presence outside of defense. She also directed internal research and development and the Draper Fellowship program, supporting 60 students yearly in pursuing graduate degrees in engineering and the sciences.

Dr. Hemami started her technical career with Hewlett-Packard Laboratories (Palo Alto, CA) in 1994. She was a Professor of Electrical Engineering at Cornell University (Ithaca, NY) from 1995-2013, where she also served in a variety of academic and institutional leadership roles. She led the Department of Electrical and Computer Engineering at Northeastern University (Boston, MA) from 2013-16. She has held visiting positions in France, Switzerland, England, and Morocco, and has been a Distinguished Lecturer for the IEEE Signal Processing Society. During her time as a professor, she received numerous college and national teaching awards, including Eta Kappa Nu’s C. Holmes MacDonald Award (a national award). She has held various leadership positions in the IEEE, most recently Vice President of Publication Services and Products in 2015 and 2016, in which she led strategy and policy development for producing, delivering, and ensuring the integrity of products the IEEE’s $400M/year scholarly publishing business.

She holds a BS in Electrical Engineering from the University of Michigan and an MS and PhD in Electrical Engineering from Stanford University. She was elected a Fellow of the IEEE in 2008 for “contributions to robust and perceptual image and video communications,” has authored over 130 peer-reviewed publications, and has served as academic advisor to 45 MS and Ph.D. students, of whom she is very proud.