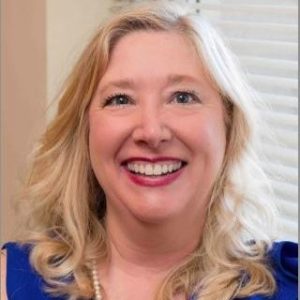 She has served the high-tech industry for more than 20 years, holding leadership positions in technology business, law, and government.

Before founding TechVision21, Ms. Carnes served eight years at the highest levels of the U.S. government, working first as an aide to then First Lady Hillary Clinton and, later, as a senior technology policy advisor to four Secretaries of Commerce. Ms. Carnes served four years as Assistant Secretary of Commerce for Technology Policy. As a Presidential appointee, confirmed by the United States Senate, Ms. Carnes represented the Administration before Congress, and was a liaison to and advocate for the technology business community. Ms. Carnes also represented the United States in negotiations with foreign governments, and in multi-lateral fora, including the Organization for Economic Cooperation and Development.

Ms. Carnes is known as a dynamic speaker and forceful advocate for industry on technology and competitiveness issues. She is a frequent keynote speaker at technology and business conferences around the Nation, and has been widely quoted in the media, including The Wall Street Journal, The New York Times, The Washington Post, USA Today, CNN.com, Business Week.com, Information Week, CIO Magazine, and The National Journal. She has been a featured guest on National Public Radio’s Talk of the Nation, and appeared on television and radio broadcasts nationwide.

Ms. Carnes has served on numerous Boards and Commissions, including the Comptroller General’s Advisory Board (Government Accountability Office), the Senior Advisory Group for the Director of National Intelligence, a National Governors’ Association Commission on Technology and Adult Education, and the Steering Committee for the Commission on the Advancement of Women and Minorities in Science, Engineering and Technology (the “Morella Commission”). Ms. Carnes also has served as an advisor to the Center for Strategic and International Studies, and BEST: Building Engineering and Science Talent. In 2000, Ms. Carnes was selected by the Center for the Study of the Presidency to join an elite group of experts making recommendations to President Bush on improving the Federal government’s ability to develop technology and competitiveness policy.