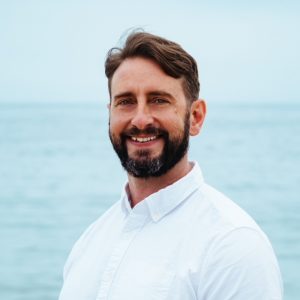 Jason Thompson is the Chief Technology Officer for Oceankind.  Prior to joining Oceankind Jason was on Verily’s founding team, Alphabet’s life sciences subsidiary spun out of Google X.

After Verily, Jason founded a second, still unannounced program at X.  He is also a co-founder of Boreal Genomics, a liquid biopsy cancer diagnostics company that was recently acquired by a large diagnostics company.  He most recently worked at Groq, a fabless semiconductor startup developing machine learning accelerator chips, and his postdoctoral work was at Xerox PARC where he developed novel methods of microassembly of semiconductors into larger assemblies.  He currently advises companies in biotech, semiconductors, and ocean technology.  Jason earned a PhD in Physics and a BASc in Engineering Physics from the University of British Columbia  He has co-authored 10 peer reviewed journal articles, and is an inventor on 46 issued patents to date.