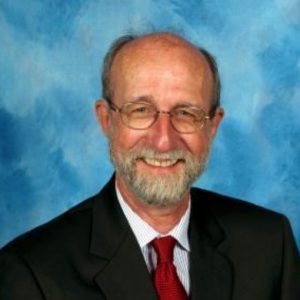 NSU is one of the largest private not-for-profit university in the nation. The Halmos College is one of 16 academic Colleges of NSU. Dodge is also Executive Director of the Center’s National Coral Reef Institute (NCRI), funded through NOAA and other sources, and devoted to providing management research outcomes on reef monitoring, assessment, and restoration.

He is the author of many publications in the scientific literature and various technical reports. His expertise is on the effects of natural and man-induced impacts to coral reefs and in assessing and analyzing effects from physical damage and pollution on coral reefs. This includes experience with effects to coral reef environments of sedimentation, military use, ship groundings, coastal construction, hydrocarbon pollution, and LNG development. His experience includes economic analysis as well as use and development of HEA (Habitat Equivalency Analysis), including for mitigation determination.

Dodge has been a board member of the Marine Industries Association of South Florida (MIASF). He is past Editor of the international scientific journal Coral Reefs. He has served as a member of the Scientific Review Board of the Smithsonian Tropical Research Institute to oversee a Minerals Management Service contract on oil spill effects to coral reefs. Dodge is a former member of the coral advisory committee for the Southeast Atlantic Fisheries Management Council and the Gulf of Mexico Fisheries Management Council. Dodge was Chair of the 11th International Coral Reef Symposium (largest coral reef conference in the world), held July, 2008 in Ft. Lauderdale Florida. Dodge was elected and is now past Chair of SECOORA (Southeast Coastal Ocean Observing Regional Association) composed of ocean stakeholders from Florida, Georgia, and North and South Carolina. He has been appointed by the Governor of Florida to be a member of the Gulf of Mexico Research Initiative Research Board, responsible for awarding $500M for oil spill research. He was the lead PI on a $15M grant from the Dept. of Commerce’s National Institute of Standards and Technology (NIST) for new research facility construction at NSUOC. He was appointed by NOAA and has served to provide advice on the RESTORE Act program. He currently serves as elected Treasurer of the Florida Ocean Alliance, is a member of the Port Everglades Action Team (PEAT), and is on the Executive Committee (Chair of the Environmental Committee) of the Port Everglades Association (PEA).