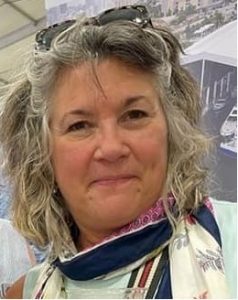 For two decades, she led the Marine Trades Association of Maryland as their Executive Director.  In that role she worked as a state lobbyist for recreational boating interests, representing the boater and the trades.  She initiated the Marine Trades Industry Partnership for Workforce Development through a grant from the State of Maryland which was recognized nationally for pre-apprentice training.  She planned and coordinated conferences, trade shows and social events for the organization.

Prior to MTAM, Susan held the appointed position of Director of Economic Development for the City of Annapolis.  Here she served as a liaison with the business community while working to recruit new businesses to Annapolis and Maryland.

In December of 2021, she was awarded the ‘Chesapeake Bay Ambassador’ award by Maryland Governor Larry Hogan.  One of the highest and most prestigious awards that the state confers upon citizens who are active leaders in supporting a better Chesapeake Bay. Through the pandemic, she served on the City of Annapolis’ and the State of Maryland’s business recovery task forces.  She has served on national task forces for recreational boating career marketing and been active in the National Marine Trades Council.  In Maryland, she chaired the Visit Annapolis board of directors and served on the Executive Directors Council to Maryland Tourism Development.

Zellers is a graduate of The Ohio State University where she earned a bachelor’s degree in Business Administration.  Go Buckeyes!

With an empty nest and the new-found ability to work remotely, Susan relocated to Sarasota, FL in September of 2021.