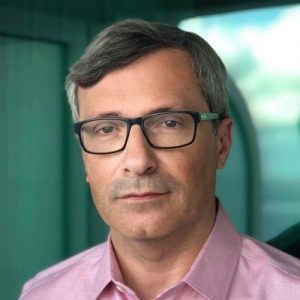 He is bringing Agri-Business innovation expertise and more than 3 decades global professional experience to help bring Zymergen’s technology into novel growth segments across many different industries.

Miguel joined Bunge in 1985 as Production & Quality Control Manager in the isolated soy protein plant in Southern Brazil. After earning his Ph.D., he became Product Manager for isolates and concentrates for Bunge in Brazil, ultimately becoming the COO of the ingredients division for Bunge Alimentos in 2000. Oliveira helped create the Solae Joint Venture (the global leader in soy proteins) with DuPont in 2003, by joining together the DuPont Protein Technologies, Central Soya and Bunge ingredients business. At Solae, Miguel held positions of increasing responsibility starting as Vice President of Meat Segment Strategy, moving to Asia Pacific Regional Vice President (Hong Kong 2004-2008) and later becoming Vice President of New Business Development (2008-2009). He returned to Bunge in July 2009 to lead the Global Innovation team and is currently based in New York. BGI was focused on sourcing next-generation technologies in four key business segments; food, feed, fuel, and fertilizer. The JV venture with Solazyme to produce vegetable oils from sugarcane sugar through algae fermentation was Bunge Global innovation main project until the sale to Corbion in 2018.