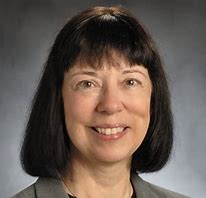 Founder of Hunter and Associates

Dr. Jennie C. Hunter-Cevera received her Ph.D. from Rutgers University in 1978 (Microbial Physiology and Biochemistry), a MS in Microbial Ecology in 1972 and a BS in Biology from West Virginia University in 1970.

She is the founder of Hunter and Associates, a consulting firm focusing on finding integrative solutions to complex problems involving sustainability in the life sciences arena.  From July of 2009 to August 2012, she was the Executive Vice President of Discovery and Analytical Sciences (DAS), Corporate Development and Government Relations.   She has 22 years of experience in the pharmaceutical and biotechnology industries, (E. R. Squibb and Sons, Cetus Corporation, GeoBiotics, and Universal Foods. She was the co-founder of The Biotic Network and Blue-Sky Laboratory that contracted with biotechnology and pharmaceutical companies on basic and applied natural product research. Dr. Hunter-Cevera was an employee for five years with the Department of Energy as the Head of the Lawrence Berkeley National Laboratory’s Center for Environmental Biotechnology.  She worked in academia for 10 years as the president of the University of Maryland Biotechnology Institute and two years as the Interim Provost of Mount St. Mary’s University. She also served as Project Manager for UC Davis’s CIFAR (Center for Industrial Food and Agricultural Research). She has published many papers, chapters and served as senior editor of the Journal of Industrial Microbiology and Biotechnology for 10 years. She is a Co- Section Head of Microbiology for Faculty of 1000.  She holds 15 patents and specializes in areas of screen design for the discovery of natural compounds in the area of human therapeutics, biodefense, sustainable agriculture, bioremediation and biocatalysis for industrial processes in the food and clothing industries.

While in Maryland, she served as a member of the Executive Committee for Governor Erhlich’s transition team, his Committee on Science, Technology, Engineering and Math, and was the Technology Representative for Governor Glendenning on the Southern Governor’s Association, and she served on the Technology Economic Development Corporation, TEDCO (Board of Directors for four years and was Chair for two years.  Dr. Hunter-Cevera also served on the Advisory Board for the Maryland Industrial Partnerships, the MDBio’s Board of Directors and the MDBio Foundation for 10 years and on the BioIT Coalition for 5 years. She served as an Entremed Board Member for 10 years and served on the Executive Committee for two years.  She was a Board Member for Patients with Power, a software company that designs programs for cancer patients to make the best decisions for their treatments. Jennie also served as Acting Secretary for Maryland’s Higher Education Commission in 2015.

She is a member of several professional societies and has served as president of the Society for Industrial Microbiology, the International Marine Biotechnology Association, and the United States Federation of Culture Collections.  Dr. Hunter has served on many national committees and commissions and was Chair of the National Research Council’s Committee on Large Scale Production of Biofuels from Algae. She also chaired two other NRC Committees: Standing Committee on DOD’s Translational Medicine and the DOE’s Genome to Life for Biofuels.

She is the recipient of several awards and honors including Maryland’s Top 50 Influential People (2007, 2009) and Maryland’s Top 100 Women (2003, 2006, 2009), American Society for Micriobiology’s Porter Award for distinguished research in microbial systematics and taxonomy, elected as a SIM Fellow, a member of the ASM Academy of Microbiology and a AAAS Fellow. She is also a WVU Distinguished Alumni Awardee and Nath Lecturer and served as an entrepreneurial coach for the UNC Executive MBA program.  She was awarded an Honorary Doctorate from West Virginia University, May 2013, and the Rutgers Cook College Dennis M. Fenton Distinguished Graduate Alumni Award in 2014.

She currently serves on the International Advisory Council for Brazil’s Fundação Dom Cabral which is a world-class Brazilian business school that develops strategic-thinking skills of executives, entrepreneurs and public-sector managers. In addition, Jennie served six years on the Edison Awards Steering Committee and currently serves on the Edison Awards Advisory Board.