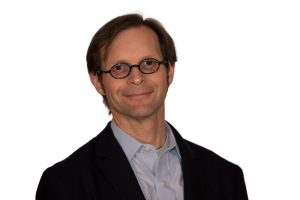 Ben Taube is a Managing Director of National Policy and Legislative Affairs for Ygrene Energy Fund.

Under this role he focuses on furthering PACE policies and program development across the U.S. and much work with the federal government in D.C.  He helped scale a company to over $1.5B in origination and worked with over 500 local governments for program development.   He is co-founder and previous Senior Vice President of Corporate and Strategic Development for Evaporcool Solutions. Ben is an experienced leader in developing cleantech companies with an extensive expertise in shaping environmental partnerships, policy and education.  He was successful in winning a 72MW contract under an energy efficiency PPA with SCE and prior that a 1MW contract with SCE.   In addition, he has successful raised millions of dollars for cleantech companies in addition to advising many private equity and venture funds on strategic growth opportunities in the Cleantech space.

Prior to joining Ygrene, Ben served as the founding executive director of the Southeast Energy Efficiency Alliance (SEEA), an Atlanta nonprofit aimed at implementing energy efficiency across 11 Southeast states from 2007 to 2011.  Under his leadership, SEEA grew from a budget of $200,000 to over $20,000,000 with a staff of 15 employees.  He focused on driving the formation of strategy for clients that were seeking key partnerships with utilities, funding channels, and market adoption for clean technologies that serve the energy efficiency market.  One such client was Access to Capital for Entrepreneurs (ACE), headquartered in northern Georgia.  ACE is a SBA Microloan Intermediary, a USDA Intermediary Relender, and a Certified Community Development Financial Institution (CDFI).  Ben provided guidance and start up to the CDFI on the creation of its energy loan programs.

Since 2010, Ben has been the driving force in the creation of a property assessed clean energy lending program in Atlanta, GA as well as across the country for the private building sector.

Ben is a co-founder and serves on the Executive Board of the Global Cleantech Cluster Association, a collaboration of cleantech clusters from around the world. He has held posts as the Environmental Officer for the City of Atlanta; as Director of Government Affairs for EcoSMART Technologies and as Public Affairs Manager for the GREENGUARD Environmental Institute.

Ben was awarded the 2011 Atlanta Business Chronicle Environmental Emerging Leader Award.  He is the immediate Past Chair of the Local Energy Alliance Program in Charlottesville, VA; a recipient of the Atlanta Business Chronicle 40 Under 40 leaders award; a member of the Atlanta Regional Commission 50 Forward Initiative; and serves on the Executive Board of Directors of the American Israel Chamber of Commerce.